With the recently announced planned retirement of the Saskatchewan Premier, Brad Wall, from provincial politics, Insightrix was curious to learn how the public feels about his upcoming departure.

Between September 12 and 14, we conducted our own independent poll with 800 randomly selected Saskatchewan residents from our SaskWatch Research® online community.

Here is what they told us.

When asked why Brad Wall is retiring from provincial politics, a mix of sentiments is noted. Respondents provided text responses that have been reviewed and coded into positive, negative and neutral categories. At the overall level, three in ten (30%) residents cite positive reasons for his retirement, while 55% mention negative reasons for his retirement. One quarter (25%) are not sure. Note that respondents could have provided more than one response which is why the following numbers add to more than 100%.

Most commonly, residents believe Wall may be “getting out while he can” before negative outcomes could materialize or further materialize (29%), while others suspect he is doing so because of a loss in popularity (9%) or the potential of losing the next election (7%). Fully 6% specifically mention issues surrounding the GTH as a reason for his exit from provincial politics.

In contrast, three in ten (30%) offer positive sentiments for potential reasons for his retirement, including that it is simply time to move on (16%), a desire for more family time (8%) and having accomplished desired goals during his tenure in office (4%), among other reasons.

Impact of the Premier’s Departure

When asked if Brad Wall’s retirement will be a good thing or a bad thing for the province, and for the SaskParty specifically, opinions are divided.

A greater proportion of Regina residents feel Brad Wall’s departure will be a good thing for the province.*

When asked to consider everything over the past 10 years, there is a mix of opinions regarding Brad Wall’s leadership of the province. One half describe his performance as excellent or good (52%), while a somewhat smaller proportion (44%) describe it as fair or poor.

Opinions are largely consistent across age and region, although more males describe the performance of Brad Wall as excellent or good (men 58%, women 47%). 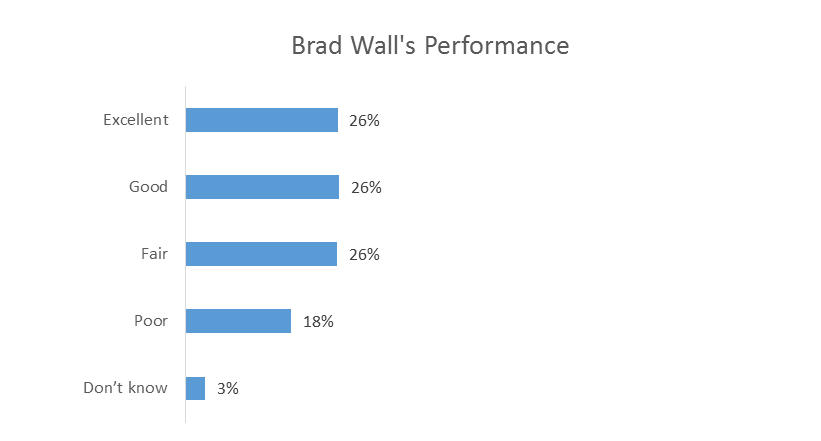 When asked to comment on what Brad Wall will be remembered for (i.e., his legacy), a wide range of responses is noted, with a slim majority (51%) citing positive elements. 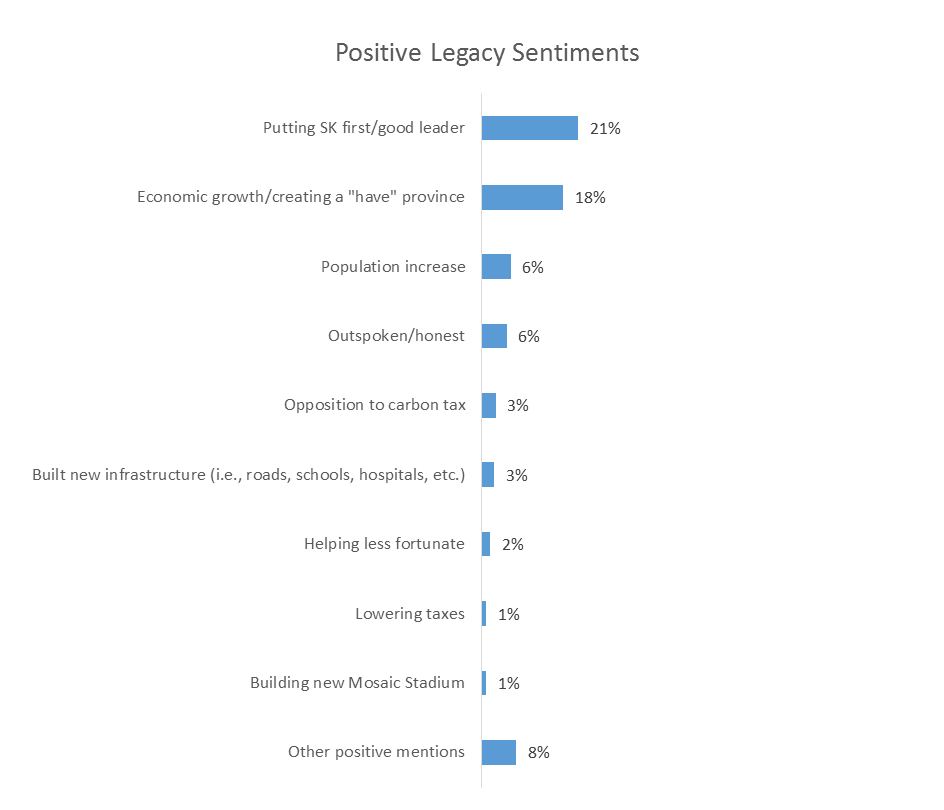 More than four in ten reference negative aspects such as deficits (8%), corruption and mismanagement (8%), privatization (7%) and the GTH scandal, specifically (7%). 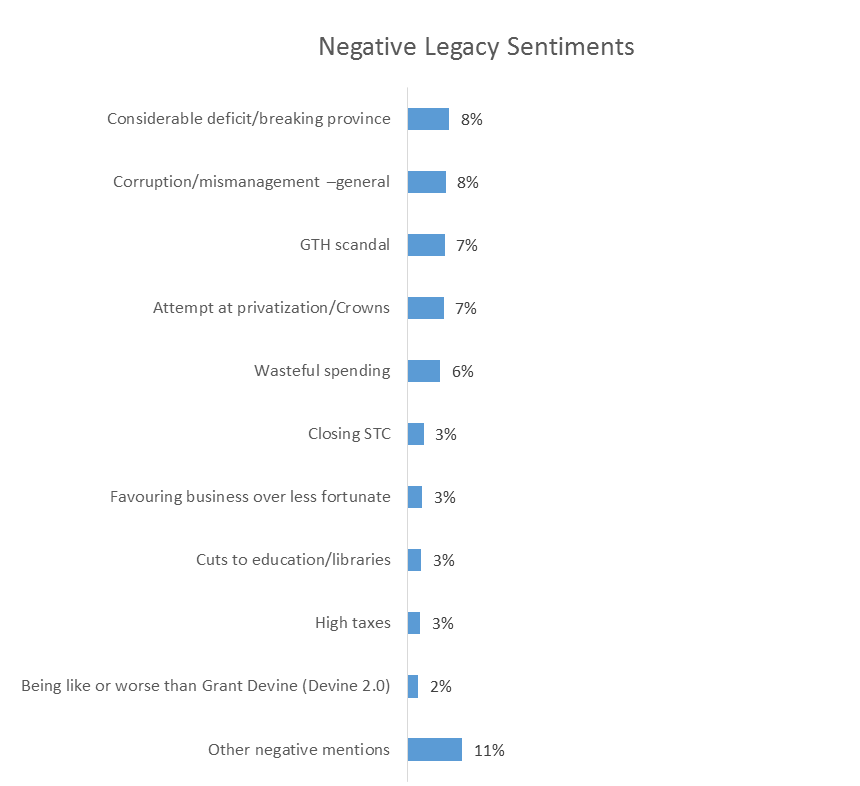 A total of 800 randomly selected SaskWatch Research® panel members participated in the online research study on September 12 through 14, 2017. Quotas were set by age, gender and region to match the general population of the province. Since the research is conducted online, it is considered to be a non-probability proportion sample; therefore, margins of error are not applicable.

*For analysis purposes, the province has been divided into four groupings: Regina, Saskatoon and all remaining areas (south and north). The division of north and south are based on the first three digits of postal codes in Saskatchewan. This division is roughly a horizontal line that stretches across the province just south of North Battleford and Melfort.

Insightrix is a dynamic, Western Canadian, full-service market research company. It exists to serve businesses and government entities with insights-driven research solutions, and interpretive analysis through leading-edge tools and senior-level expertise across a broad range of industries. Insightrix is based in Saskatoon, Saskatchewan, Canada.  For complete details visit:  https://insightrix.com/market-research-industry-blog/