As part of its Data Insider series, Insightrix Research recently conducted an independent survey, using its SaskWatch® Research online panel, to learn Saskatchewan residents’ opinions and thoughts on the question of illegal migration between the U.S. and Canada.

In the survey, respondents were asked their opinions regarding the measures put in place to stop asylum seekers crossing the border.

Survey respondents were also asked their opinions regarding the allocation of further support resources to aid asylum seekers once they had reached Canada.

Further, respondents were asked to describe their feelings and thoughts pertaining to Canada’s immigration system in one or two words. 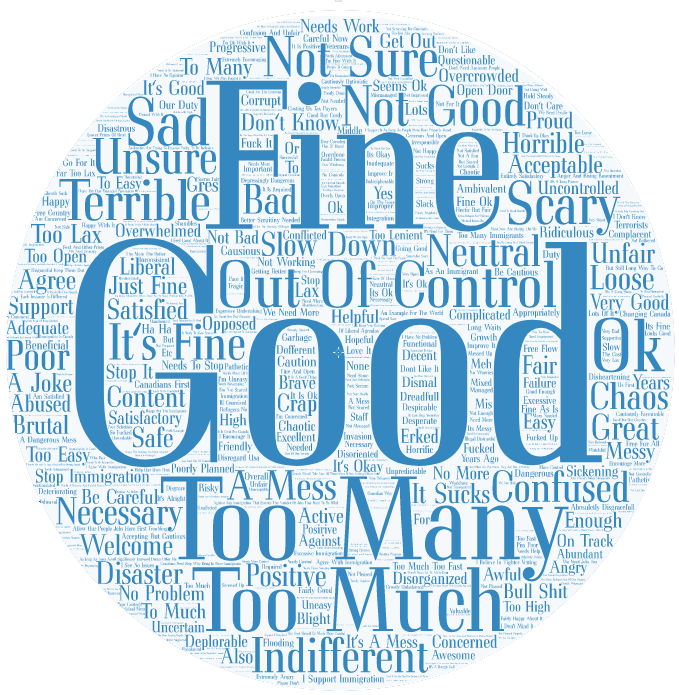 A total of 802 randomly selected SaskWatch Research® panel members participated in the online research study on May 9 through 11, 2017. Quotas were set by age, gender and region to match the general population of the province. Since the research is conducted online, it is considered to be a non-probability proportion sample and therefore, margins of error are not applicable.