23 Jun Riders Fans Have High Hopes for the 2017 Season

Posted at 08:51h in Corporate, News by Sharday
0 Likes
Share

When Insightrix asked the people of Saskatchewan for their predictions and opinions on how they think the Saskatchewan Roughriders will do in the 2017 season, it turned out….. 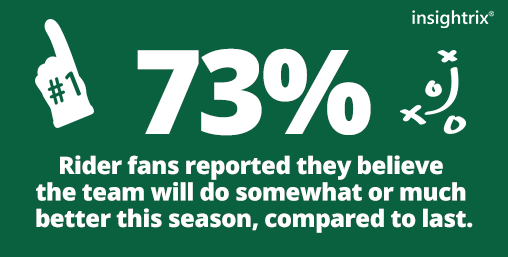 Riders fans have tentative opinions about their roster
Twenty-nine percent (29%) agree, either somewhat or strongly, changes made to the Roughriders roster have been positive. However, 16% disagree (somewhat or strongly) and state the roster changes have been negative.

Welcome new Mosaic
Riders fans who have been there are much more enthusiastic about their new stadium. When we asked Riders fans what they thought about where the Riders do business, the new Mosaic Stadium, most fans’ (92%) opinions of the venue ran from pretty good to awesome. Only 3% of those surveyed believe the stadium needs improvement. 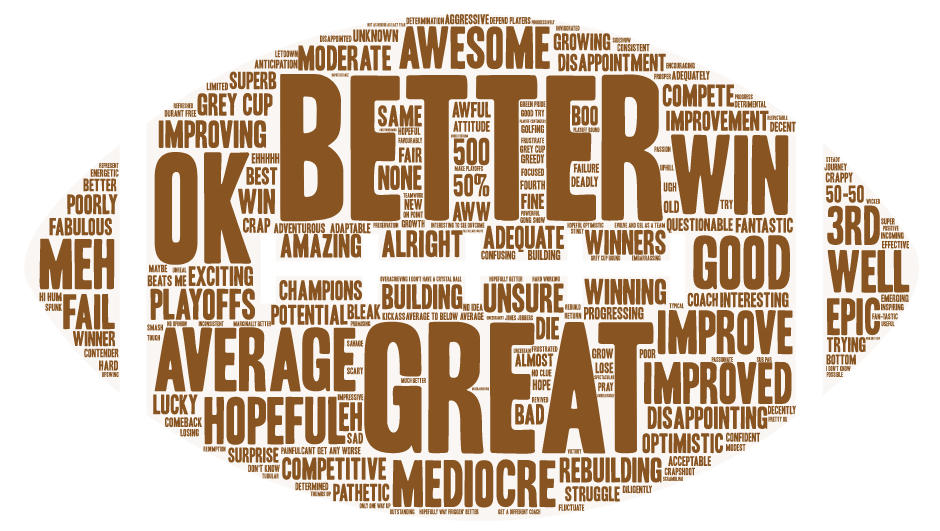 Want a chance to give your two cents on everything Roughriders this season?