25 Mar Impact of Inflation on Food Prices in Saskatchewan

March 25, 2022 – Insightrix recently conducted a poll of 800 Saskatchewan residents to gain insight into the impact of increased food prices on individuals.

The top concerns cited by residents due to inflating food prices include affordability / being able to stay within their existing budget (52%), making sure they can eat healthy/quality food (24%), and that the general price of food will continue to increase (17%).

Overall, Saskatchewan residents indicate a recent change to purchase behaviours due to the rise in food prices, with 62% of residents saying they are now buying ‘different or less or lowered priced brands’ than they were previously.

Significant changes in behaviours are especially noted for those who say they have decreased how often they eat out at a restaurant (59%) or order take-out (49%). 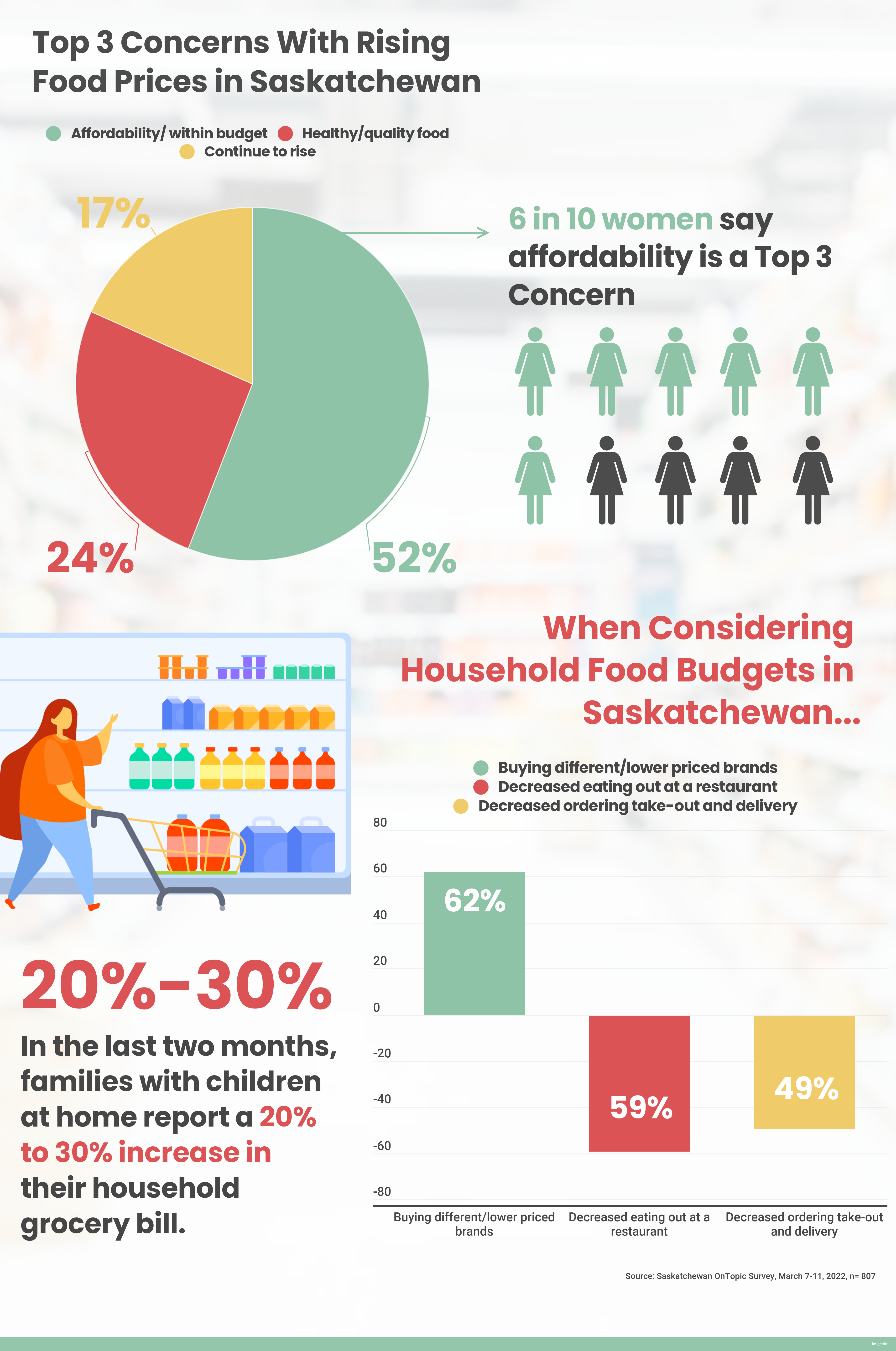 Impact of Inflation on Food Prices in Saskatchewan Vox Pop

To get a qualitative sense of how Saskatchewan residents are feeling, Insightrix hit the streets of Saskatoon to ask how inflation is affecting grocery bills in everyday households.

Want to know more about this month’s OnTopic release?