Posted at 08:35h in News Release by Sharday
0 Likes
Share

In an independent poll conducted by Insightrix Research Inc., more than 2,400 Saskatchewan residents were asked over a period of three months (September, October, November 2018) about their plans to shop in the upcoming holiday season.

A majority of residents believe holiday shopping before Thanksgiving is too early, although this opinion decreases as the holiday season approaches (61% in September as compared to 50% in November).

Only three in ten residents believe shopping before Black Friday (November 23) is too early, and close to one in ten say before Christmas Eve is too early to start their holiday shopping.

What is interesting, though, is that women and younger residents are generally more likely to agree it is fine to do holiday shopping earlier in the year

We have many residents shopping year-round! A slim majority of Saskatchewan residents (55%) agree that they do their holiday throughout the year. 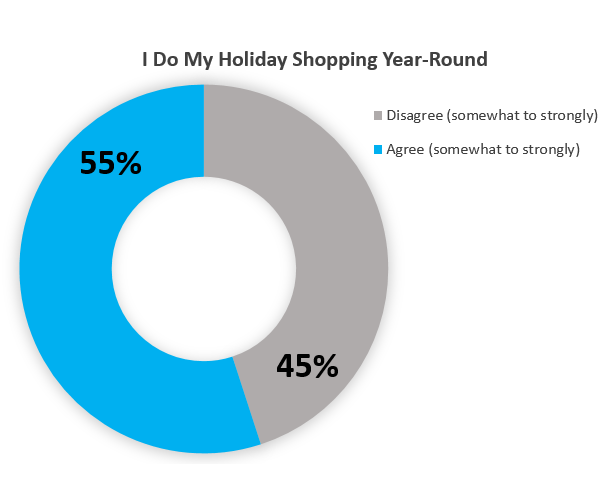 Overall, 57% say they intend to spend $500 or less in total holiday shopping this year.

Unlike their thoughts about what date is too soon to start holiday shopping, Saskatchewan residents’ holiday spending plans don’t change much as the holidays draw nearer.

In general, Saskatchewan women and older residents (55 years of age and older) are more likely to say they plan to spend less than last year on holiday shopping. 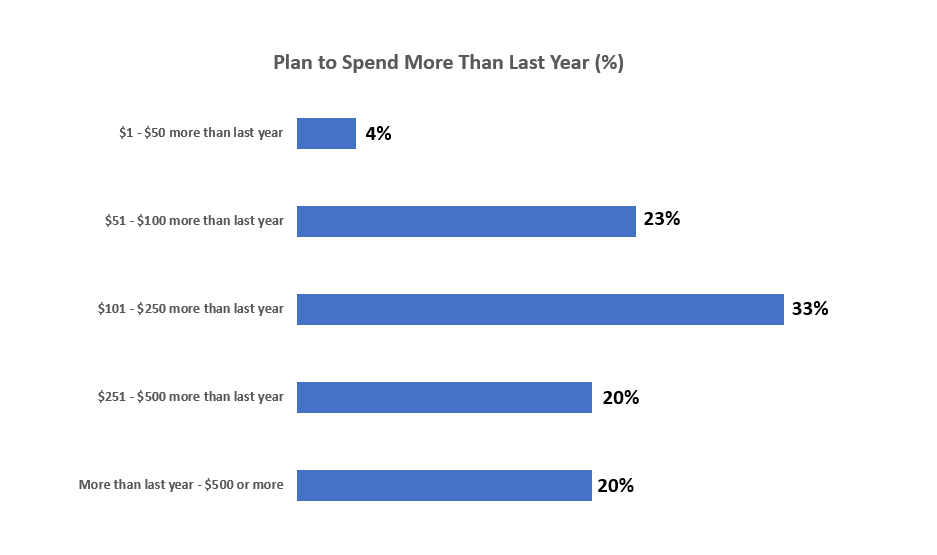 We are in the gift buying mood!

Most Saskatchewan residents plan to purchase holiday gifts in 2018

Based on data collected over the three-month research period (September, October, November 2018), approximately 94% of residents reported that they intend to purchase gifts this holiday season. 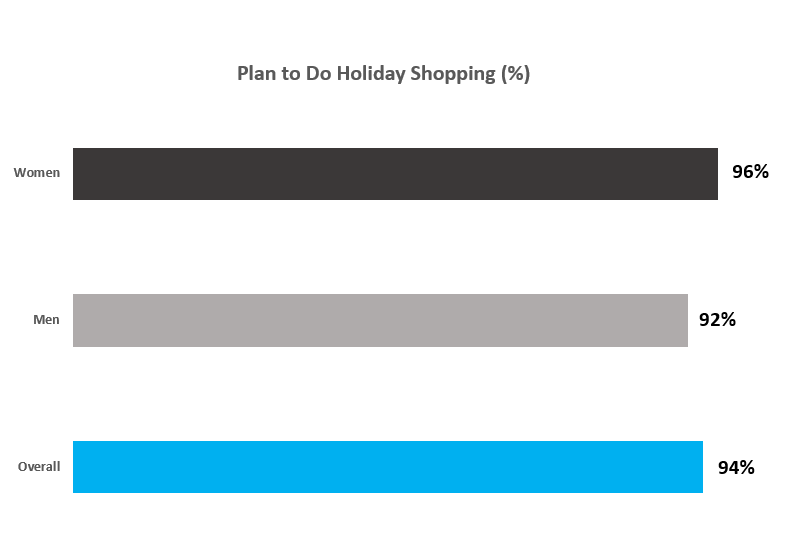 Research Details
This research was conducted over the course of three months in three separate studies. A total of 2,406 randomly selected SaskWatch Research® panel members participated in the online research studies from September to November 2018.

About SaskWatch Research©
Insightrix began developing its SaskWatch Research® online market research panel in October 2007, using high-quality techniques, including telephone recruitment and referrals from existing panel members. Presently, there are more than 18,000 active panel members representing all regions of the province and distributions of the general population. The panel membership closely matches the 2011 Census based on age, gender, household composition, household income and education. For more information, please visit SaskWatch.ca.

About Insightrix Research©
Insightrix is a dynamic, Western Canadian, full-service market research company. It exists to serve businesses and government entities with insights-driven research solutions, and interpretive analysis through leading-edge tools and senior-level expertise across a broad range of industries. Insightrix is based in Saskatoon, Saskatchewan, Canada. For a printer-friendly version of this release, click here.