Posted at 08:41h in Business, Research by Sharday
0 Likes
Share

This study is the latest installment in our continuing Social Media Habits Syndicated Report series, a series reporting on Saskatchewan social media usage and habits exclusively. We employed the Insightrix SaskWatch Research®  to survey a representative sample of more than 800 Saskatchewan residents to see how they navigate their social media landscape.

What social media platform is most popular among specific demographics?

How many Saskatchewan residents are engaging with more than one platform, and if so, which platforms?

As in the 2015 installment of the series, we are delivering to you (for free!) highlights from the Syndicated Report.  More than that, we have gathered together a list of 7 compelling statistics for marketers with an eye on Saskatchewan.

Whether you are a marketer, or if you occupy an integrated role that requires you to think like a marketer, these social media usage statistics confirm the importance of developing a targeted social media strategy for business.

In our latest study, we discovered nine out of ten residents (87%) use social networking sites like Facebook, Twitter and LinkedIn. This represents an increase of 4% in the last year. 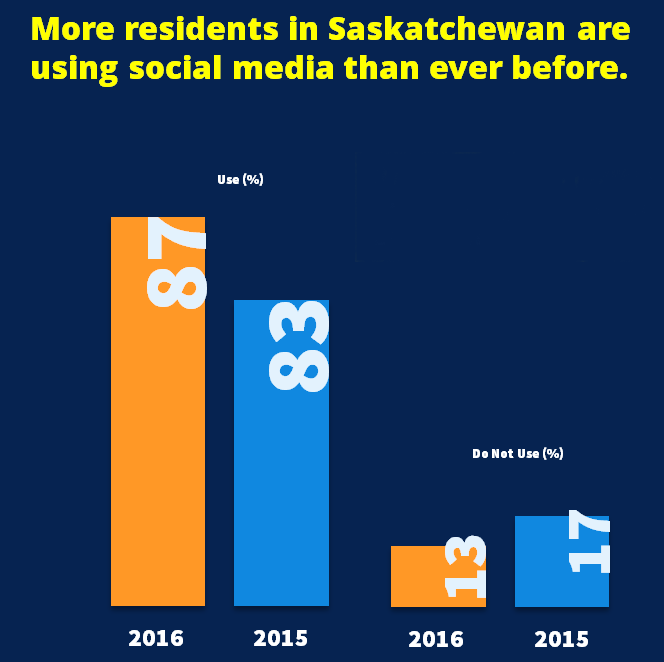 With more people logging on to social media since last year, this statistic proves the need for businesses to direct at least some portion of their marketing energy to social media efforts, or risk missing out on a trend that seems to be here to stay.

#2. Most Saskatchewan millennials are using social media of some kind

In our study, we found that 99% of pioneer youth between the ages of 18-25 use social media sites like Facebook, Twitter, LinkedIn or Instagram. Compare this to the fact that only 67% of Saskatchewan residents over the age of 68 use social media. 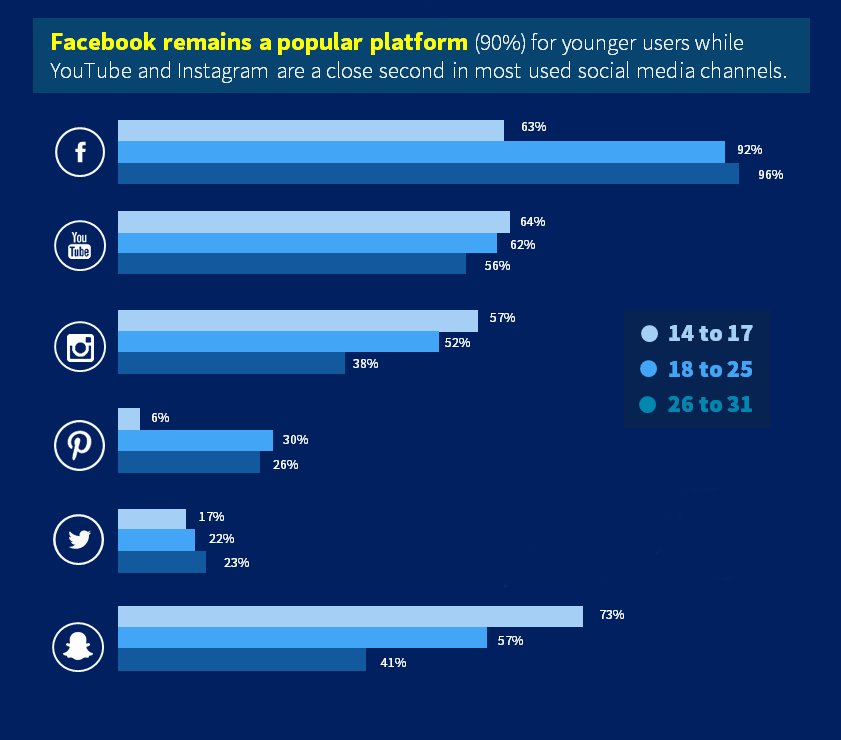 6a. Which of these social networking sites…Do you use most often? Base: All social media users, n = 1,303.

It turns out that 93% of Saskatchewan women are on Facebook, compared to 87% of the men we surveyed.

Twitter, though, is more popular among Saskatchewan males than with females. Twenty-four percent (24%) of males surveyed stating they use the platform, compared to 15% of the Saskatchewan women surveyed.

6 a. Which of these social networking sites…Do you use most often? Base: All social media users, n = 1,303.

Though Facebook is the most popular social networking platform in the province by total number of users across all demographics, we say a different story when we started breaking down the numbers across age demographics.

We found that among individuals aged 14 to 17, Snapchat is the most popular, with 73% of those in that age range stating they use the platform compared to 63% of those surveyed reporting they use Facebook.

6 a. Which of these social networking sites…Do you use most often? Base: All social media users, n = 1,303.

#6. If you are targeting millennials on social media, time of day makes a big difference

When it comes to targeting millennials on social media, or any age group for that matter, the time of day matters!

8. When do you most commonly look at your social networking sites? Base: All social media users, n = 1,303.

Among the Saskatchewan residents we surveyed who use Facebook, we found that 77% follow a brand or business of some kind. 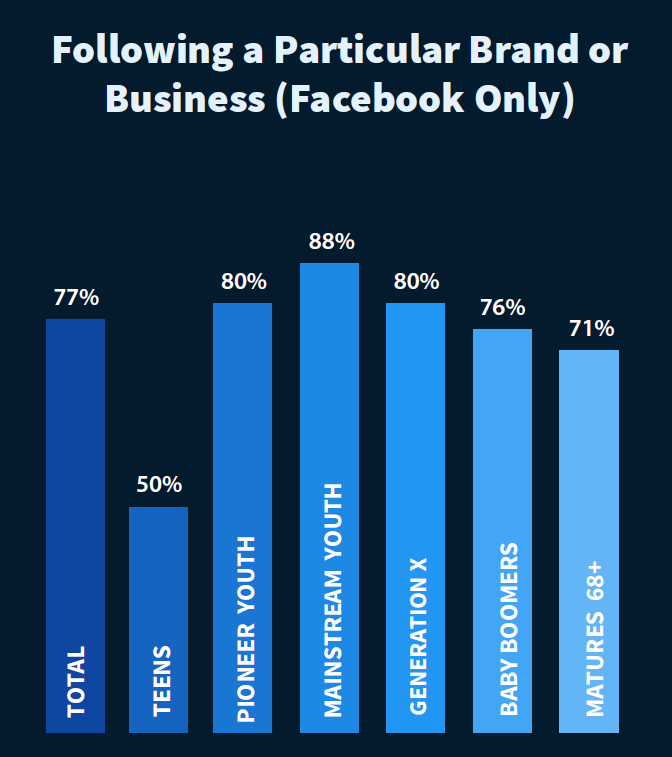 Question is – are they following you?