The SaskParty maintains its lead, so far. Presently 54% of decided Saskatchewan voters state they would cast their ballot for the SaskParty, while 25% would vote for the provincial NDP and 14% for the Liberals, if a provincial election were held today. Another 6% would vote for either the Green Party or another party. This marks a strong increase for the provincial Liberals, likely due in part to the federal election outcome. This increase results in a downward shift for both the SaskParty and the NDP. 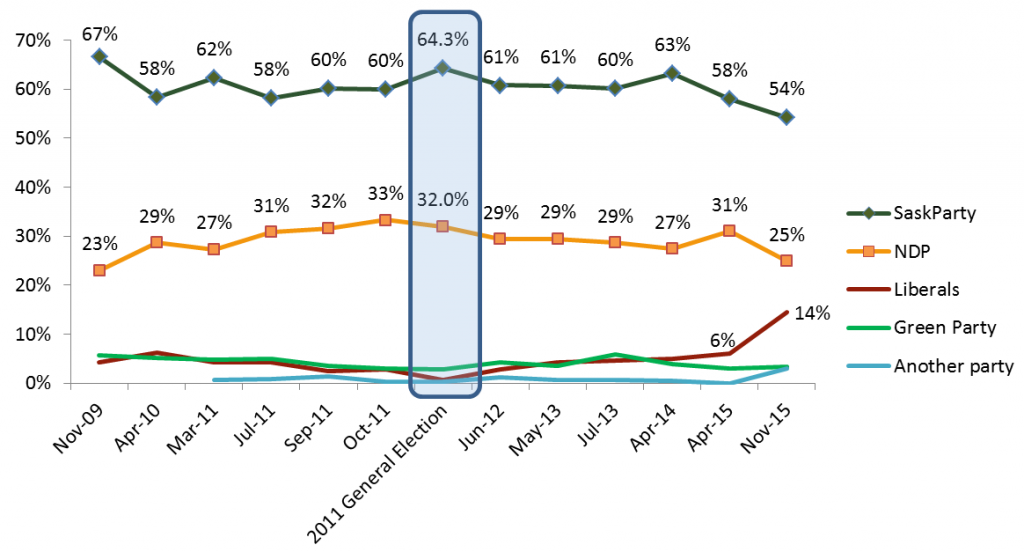 Research Details
A total of 803 randomly selected SaskWatch Research™ panel members participated in the online research study from November 10th to 12th, 2015. Quotas were set by age, gender, and region to match the general population of the province. Since the research is conducted online, it is considered to be a non-probability proportion sample and therefore, margins of error are not applicable.

About SaskWatch Research™
Insightrix began developing its SaskWatch Research™ online market research panel in October 2007, using high-quality techniques including telephone recruitment and referrals from existing panel members. Presently, there are over 15,000 active panel members representing all regions of the province and distributions of the general population. The panel membership closely matches the 2011 Census based on age, gender, household composition, household income, and education. For more information, please visit http://saskwatch.ca.

About Insightrix
Founded in 2001, Insightrix Research Inc. is a full-service market research firm that helps clients develop, administer, and manage data collection and information strategies. From its office in Saskatoon, Insightrix offers a comprehensive range of research services.