In November, Insightrix and SaskWatch partnered on a campaign for SaskWatch members – giving residents of Saskatchewan the chance to win free groceries up to $1,000 to use at the grocery store of their choice while at the same time having a donation of $1,000 made to their local food bank.

Through the month of November, SaskWatch members liked, shared and promoted the campaign and we are happy to announce the winners!

The promotion’s lucky winner was chosen on December 1st and Keith B. from Saskatoon won NOT ONLY $1,000 worth of groceries for himself, but also won the chance to donate another $1,000 to his local food bank!

On December 8, Insightrix was thrilled to have the opportunity to drop off Keith’s $1,000 donation to the Saskatoon Food Bank & Learning Centre. 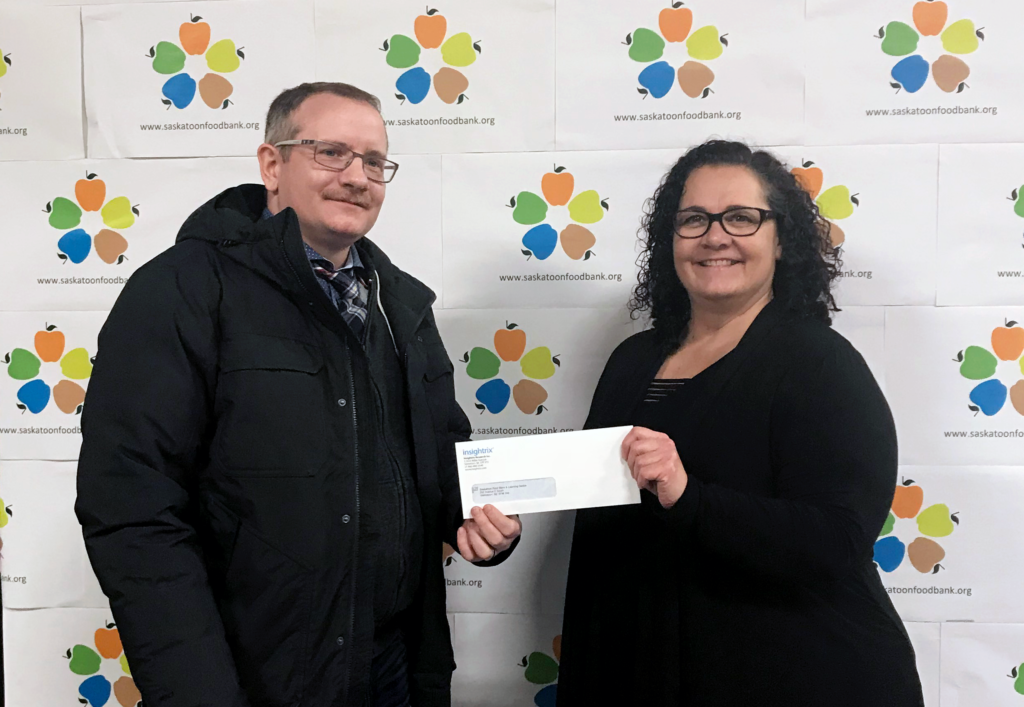 The Saskatoon Food Bank and Learning Centre Executive Director, Laurie O’Connor, was delighted to receive the donation and made sure to pass on her thanks, not just to Keith, the Grand Prize winner, but to everyone who participated.

Give back to charities with SaskWatch points!

Even though the Free Groceries promotion has finished, SaskWatch members are still giving back to charities all over Saskatchewan!

For every survey completed as a member of the SaskWatch community, members can donate their earnings to the over 75 charities listed on the site. Not only do SaskWatch members donate a sizeable share to these charities, most of those charities were recommended by community members themselves.