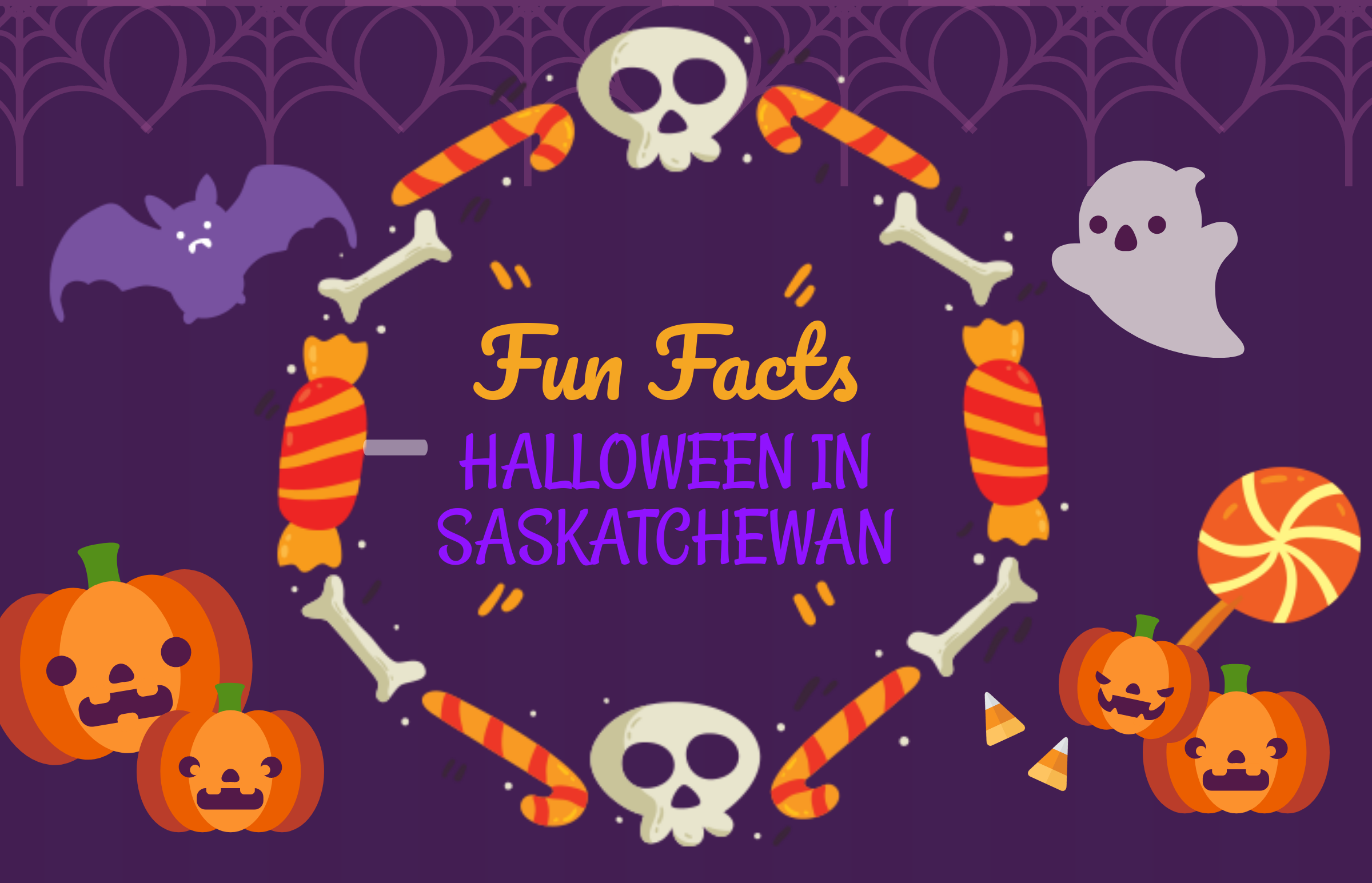 Who celebrated Halloween this year?

It looks like it was a spooky one this year – roughly two thirds (66%) of the province planned on celebrating Halloween in 2017.

How did they celebrate Halloween? 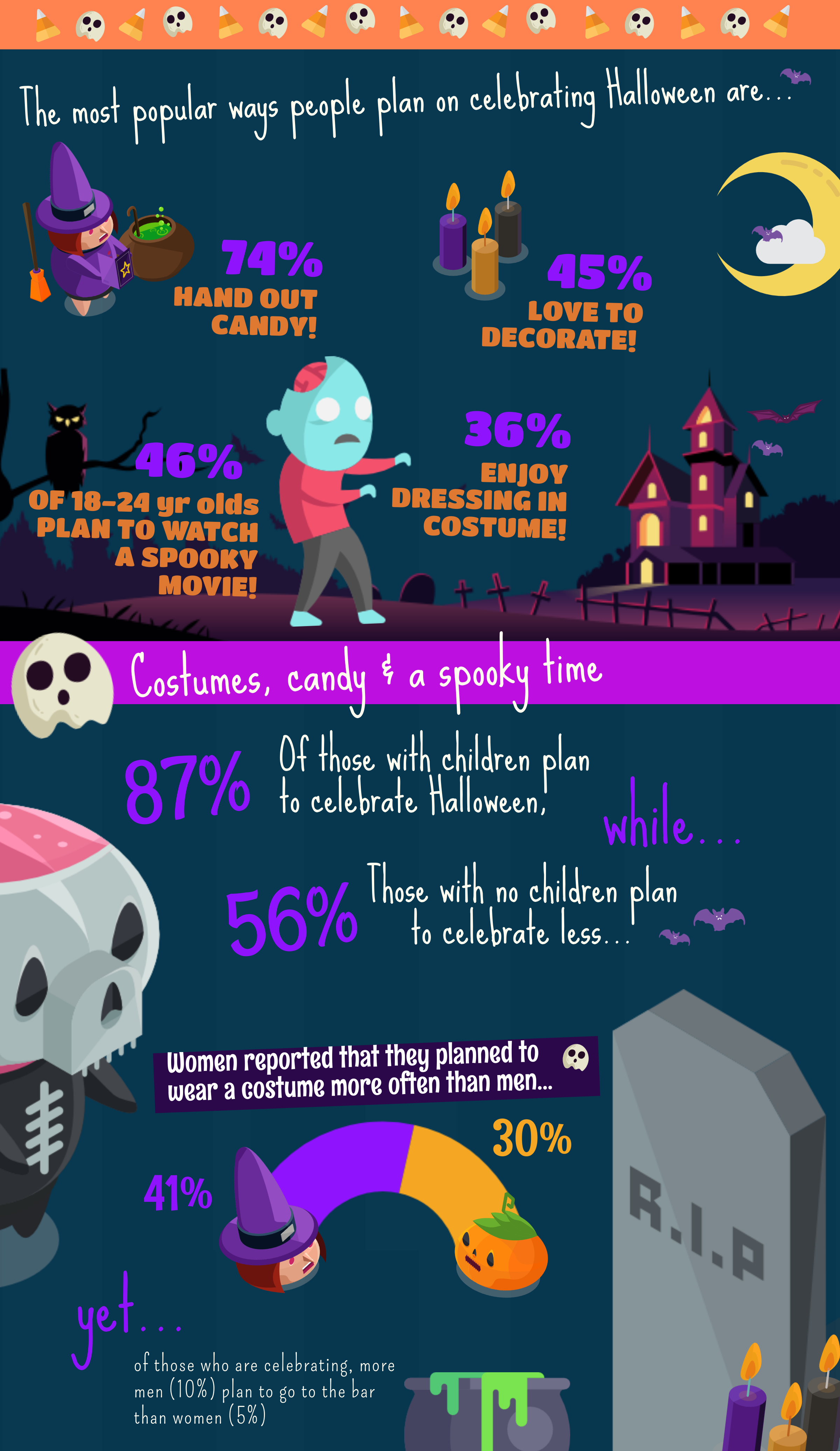 This year, the most popular ways people planned to celebrate Halloween were handing out candy (74%), taking the kids or grandkids trick or treating (49%) and decorating (45%). Some of the other popular ways people planned on spending the holidays were dressing up in a costume (36%), watching a scary movie or TV show (19%), dressing up their pets in costumes (13%) or going to a haunted house (13%).

Trick or treating – How old is too old for Halloween? 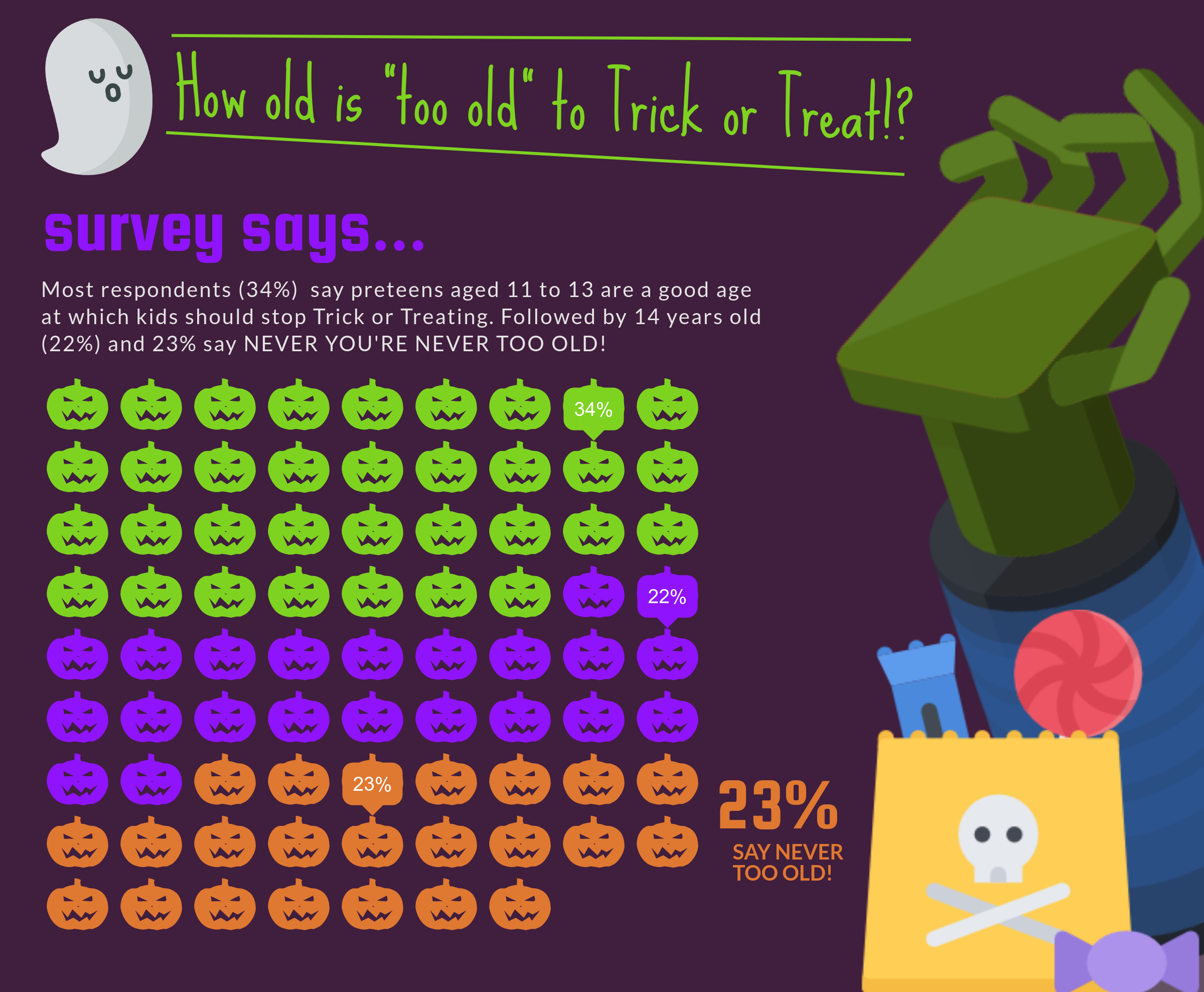 There has been a lot of discussion about trick or treaters’ ages and whether there is an appropriate age for kids to hang up their masks for keeps. We thought we’d get an idea of how old is too old to be trick or treating.

Most respondents (34%) agreed that 11-13 years old was the right time to retire the pillowcase. Others said that 14 years old (22%) is the correct age to stop, while 7% said 10 years or younger is just right. Another 7% said 15 is when kids should stop trick or treating, and 6% said that kids as old as 16 should be allowed to join in on the fun.

Of note, the second most common response to this question (23%) was that people are never too old to trick or treat – so hang on to those old costumes! 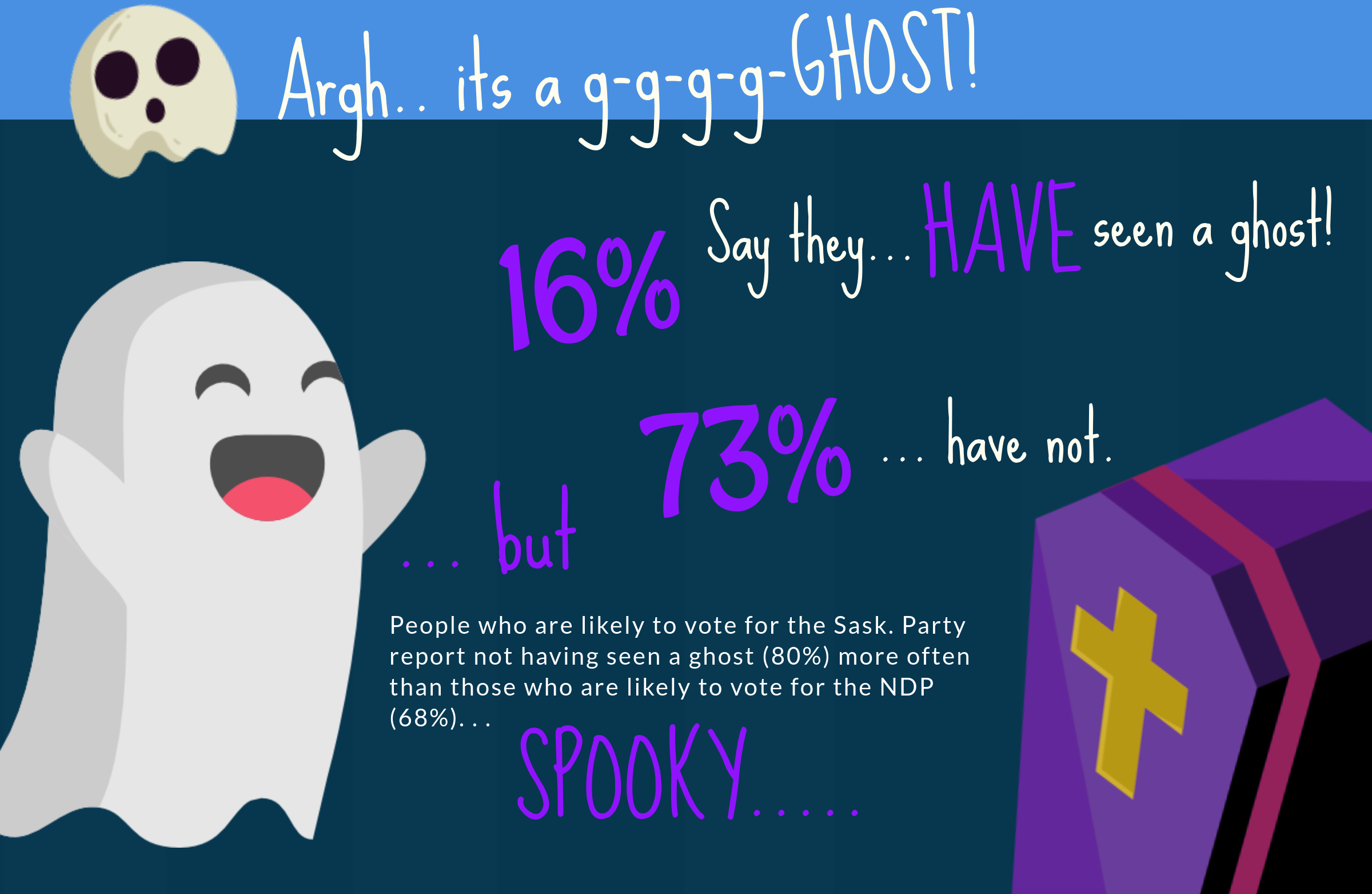 Since the season is a spooky one, we thought we ask a lighthearted question to break up the mood – little did we guess that the resulting responses would be so spine chilling.

Remember that next time someone asks you to grab something from the basement!

Join in on the fun!

Head over to the promotion Facebook page for rules and further information and sign up with SaskWatch today!