A new independent poll conducted by Insightrix Research, Inc. shows a sizeable majority of Saskatchewan residents (77%) oppose the United States Supreme Court decision to overturn Roe v. Wade and no longer provide a federal constitutional right to an abortion. Many residents feel strongly about this decision, with two thirds (66%) strongly opposing it. 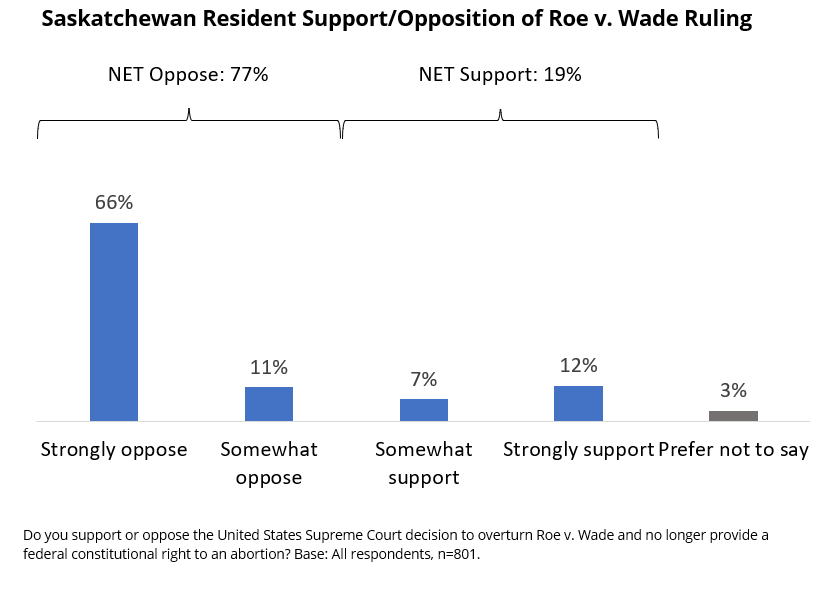 Opposition of the Roe v. Wade decision is high across demographic groups: more than two thirds of residents of each gender, region and religious belief oppose the ruling. 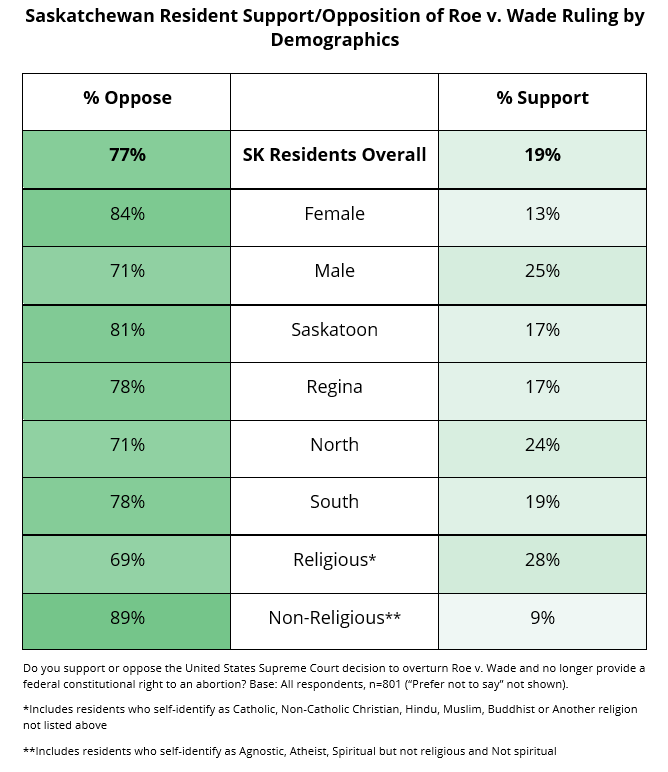 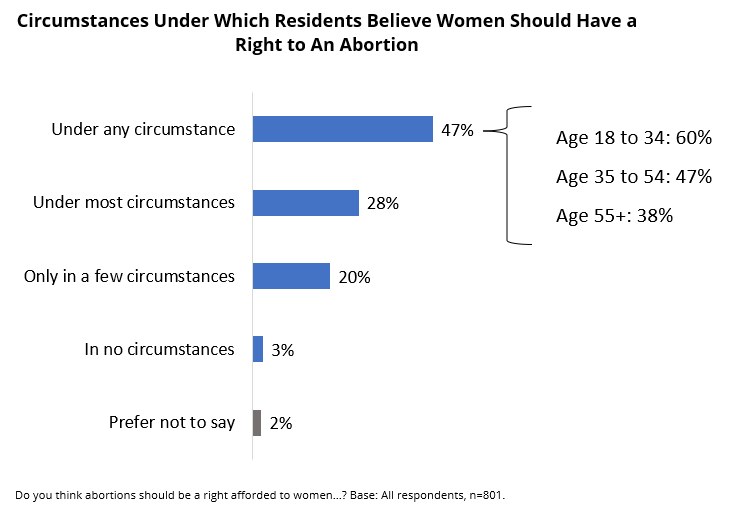 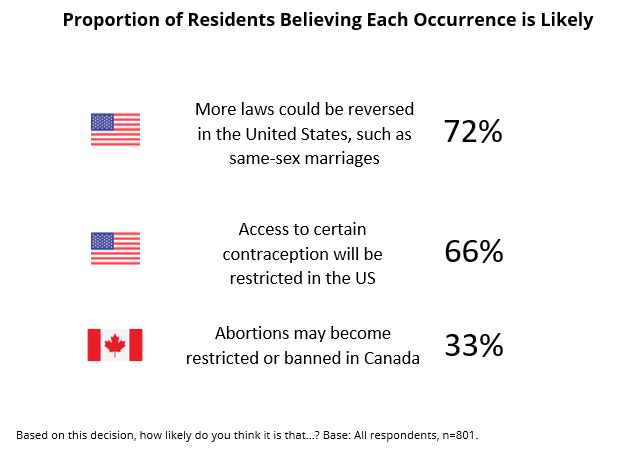 A total of 801 randomly selected SaskWatch Research® panel members participated in the online research study between June 29 and July 2, 2022. Quotas were set by age, gender and region to match the general population of the province and as such the data did not need to be weighted.

Insightrix began developing its SaskWatch Research online market research panel in 2007, using high quality techniques including telephone recruitment and referrals from existing panel members. Presently, there are over 20,000 active panel members representing all regions of the province and distributions of the general population. For more information, please visit http://saskwatch.ca.

Insightrix Research Inc. (Insightrix) is a member of the Canadian Research Insights Council (CRIC) and confirms that this research fully complies with all CRIC Standards including the CRIC Public Opinion Research Standards and Disclosure Requirements (https://www.canadianresearchinsightscouncil.ca/wp-content/uploads/2019/09/CRIC-Public-Opinion-Research-Standards-and-Disclosure-Requirements-1.pdf)

The purpose of this survey is to collect feedback on the issue of abortion. If answering questions about this topic makes you uncomfortable, feel free to select “I do not want to fill this survey out” and we will not send messages asking for your participation in this study again.

What are the first three digits of your postal code?

Into which of the following age ranges do you fall?

What is your gender?

What first comes to mind when you think about the United States Supreme Court decision that overturned Roe v. Wade, thereby no longer providing a federal constitutional right to an abortion?

Do you support or oppose the United States Supreme Court decision to overturn Roe v. Wade and no longer provide a federal constitutional right to an abortion?

Based on this decision, how likely do you think it is that…

[randomize order]
More laws could be reversed in the United States, such as same-sex or interracial marriages
Abortions may become restricted or banned in Canada
Access to certain contraception will be restricted in the US

Broadly speaking, which of the following describes your views on abortion?

Do you think abortions should be a right afforded to women…

Which of the following aligns with your religion or belief systems?

If a provincial election were held today, which party would you vote for?

If a federal election were held today, which party would you vote for?

Finally, we have some questions to help analyze your responses. Please be assured your answers will remain confidential and only be used in aggregate with other responses.

Do you have children under the age of 18 living in your household?

Are you an Indigenous person that is First Nations, Métis, or Inuit?

Have you moved to Canada within the past five years?

What is the highest level of education you have achieved?

What is your annual household income before taxes and deductions?